Together Richard Doherty & Jim Smith have over 40 years of experience.

Read more below about our professional qualifications.

My client representation is guided by the virtues of selflessness, compassion, excellence and high ethical standards. I work with my clients to put these virtues into action and achieve favorable results.

I believe in community. I'm a husband, a father, and have involvement in a number of civic and charitable endeavors. But I believe that no matter how much I give, I get more back in return. I apply this ethic to my legal practice, too; I've found that if I focus on the process of benefitting the community, good results naturally follow.

Richard is a life-long resident of Chicagoland. He enjoys boating, fishing, woodworking and spending time with his family.

At FCA, my favorite endeavor is working with a client to clean up a credit report and help them to achieve their goal of buying a home where they can raise a family. Everyone deserves a fair chance at that opportunity; but sometimes we need a little help. I've found that eliminating credit report errors can be the help that a prospective homeowner needs.

Richard has over 20 years of experience in both State and Federal Court, has litigated cases through trial and subsequent appeals and has argued before a multitude of courts, including the Judicial Panel on Multidistrict Litigation. He has extensive experience in with consumer protection, employment, and civil rights statutes and particularly enjoys helping and prospective homeowners with credit issues, real estate matters and estate planning.

Richard’s client list ranges from individuals with wrongful discharge claims to families with estate planning needs to representing thousands of consumers in class action lawsuits in which he has been the Court-appointed class counsel on dozens of occasions.

Richard also has extensive negotiation, arbitration, and mediation experience. He is often brought in by small business clients to negotiate sensitive contracts including issues relating to licensing, distribution of product and public appearances. He has arbitrated numerous cases, including one against a major telecommunications company that was ultimately resolved in a settlement valued at over $12,000,000.00. Richard has mediated dozens of cases with values ranging from $10,000 to over $10,000,000 and enjoys helping clients (including other attorneys) achieve successful outcomes in both arbitration and mediation.

Commitment to the Public Interest

Commitment to the Public Interest:

Richard has a demonstrated commitment advancing the public interest through legal action, including having been an Environmental Law Intern at Business and Professional People for the Public Interest in 1993, and an intern and housing discrimination “tester” with the Leadership Council for Metropolitan Open Communities (founded Martin Luther King, Jr. in 1968) in 1992. He also serves with notable business, educational and governmental leaders on the Northern Illinois University College of Political Science Advisory Board.

Richard is responsible for the creation of a scholarship at the John Marshall Law School for students seeking education in the area of Fair Housing. He also worked with the Circuit Court of Cook County Judiciary and The Chicago Bar Foundation to establish a summer internship program in which pre-law students at Northern Illinois University work with unrepresented litigants at the Richard J. Daley Center court complex.

Richard’s public speaking includes expert witness testimony before the Illinois State House of Representatives Committee on Consumer Issues, acting as a guest lecturer on consumer law issues at DePaul University Law School and as a guest lecturer at the Northern Illinois University College of Political Science on careers in the legal profession. Writings include “Historical Rhetoric and the Images of Law: Legal Fundamentalism as Ideology” in the Journal of Crime and Justice, 11(1):77-100.IU​

Jim has 14 years of experience in both State and Federal Court, has litigated cases through trial and subsequent appeals and has argued before a multitude of courts, including the Judicial Panel on Multidistrict Litigation. He has extensive experience with consumer protection litigating cases regarding unfair credit reporting, fraud, unjust enrichment, and breach of contract issues.

Jim’s client list ranges from individuals to small businesses. Jim spends most of his time working with clients who are trying to qualify for a competitive mortgage, buying or selling their homes, or who have recently gone through a bankruptcy proceeding.

Commitment to the Public Interest

Jim is an accredited attorney with the United States Department of Veterans Affairs and can assist Veterans with the preparation, presentation, and prosecution of claims for VA benefits. Jim has also donated his time as adjunct faculty at Marmion Academy in Aurora where he taught Introduction to Law and Mock Trial. Jim has also donated his time to the Chicago Volunteer Legal Services and to the Ronald McDonald House.

After obtaining his J.D. from The John Marshall Law School in 2005 and through 2018, Jim litigated class actions in both State and Federal Court on behalf of consumers, employees, and small businesses. Jim has extensive experience in handling all facets of litigation from drafting complaints, and other persuasive legal papers, to pursuing written and oral discovery, to arguing before various courts and negotiating successful settlements.

Jim is an accredited attorney with the United States Department of Veterans Affairs and can assist Veterans with the preparation, presentation, and prosecution of claims for VA benefits. Jim is also adjunct faculty at Marmion Academy in Aurora where he teaches Introduction to Law and Mock Trial. Jim is a member of the National Association of Consumer Advocates and a member of the Illinois State Bar Association. 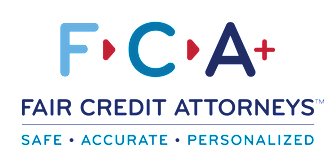 This website is an attorney advertisement. Prior results do not guarantee a similar outcome. The communication of any electronic inquiry does not, by itself, create an attorney-client relationship or contractually obligate this firm to represent you.